Advances in Agriculture and Agricultural Sciences

The study assessed quantitatively the threat status of Silver Catfish, Chrysichthys nigrodigitatus (Lacépède: 1803) in Cross River, Cross River State, Nigeria. C. nigrodigitatus is a highly valued food-fish in Cross River State and represents the dominant commercial landings exploited in Cross River, Nigeria. To provide useful biological data for management, samples were collected monthly from Cross River over a period of three years, from June 2009 to May 2012, in twelve sampling points along 200 km length of the Cross River. A total of 3351, 1409, and 319 C. nigrodigitatus were collected in 2009/2010, 2010/2011, and 2011/2012 respectively, amounting to a total sample size of 5079 for the sampling period. C. nigrodigitatus was caught in both dry season (October - March) and wet season (April - September) with the highest abundance in June 2009. The declining population density of the species was attributed to the interactions of many factors in the river such as habitat and breeding ground, low breeding rate, overexploitation of the species, and migration behavior of the species. To stop further decline of the species from Cross River, various conservation efforts are needed. The recommended conservation efforts include stocking of the species, habitat restoration, capture-release mechanism, control of invasive species, fishing legislations and regulations, and public awareness and education. These conservation efforts would enhance the fisheries of the River, improve aesthetical and economic values and preserve the genetic diversity of the species. The result of this work shows that Silver Catfish is endangered in Cross River, Nigeria. Therefore, for the fish to be protected there is a need to place it on the threatened and endangered species list of the Federal and State Endangered Species Acts (ESA). 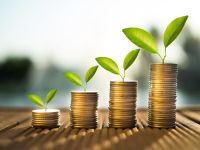 Advances in Agriculture and Agricultural Sciences