Temporal changes in soil CO2 efflux rates were measured in a subtropical natural mixed oak forest and managed oak plantation in the northeastern Himalayan region. Soil CO2 efflux rates in two ecosystems were correlated with key soil biotic (e.g. fungal, bacterial and actinomycetes populations) and abiotic (e.g. soil moisture, temperature, pH and organic carbon concentration) variables. Rate of CO2 efflux (mg CO2 m-2 h-1) at forest and plantation sites varied between 102 - 320 and 99 - 543, respectively. The concentration of soil organic carbon was higher at plantation than natural forest. Bacteria and actinomycetes were dominant species at plantation, whereas, the fungi were dominant at forest. CO2 efflux at both sites was significantly positively correlated with the populations of these three microbial groups. Among abiotic variables, soil temperature and pH played significant positive role on the rates of soil CO2 efflux in forest while variables like soil moisture and organic carbon were least accountable. In contrast, at plantation soil CO 2 efflux was significantly positively correlated with soil moisture, temperature and pH. In the present study, CO2 efflux was not influenced by the organic C concentration, however, it was affected by the other abiotic and biotic variables. CO2 efflux rates at plantation was regulated by the presence of bacteria and actinomycetes, whereas, it was controlled by the population of fungi in the natural forest. Management practices operated in plantation appears to affect the group of microbial populations that further affect the soil CO2 efflux rates. 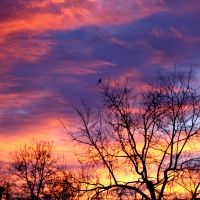