Rapid suburbanization in urban system of Tehran province has been driven by the government’s policies in past decades, transport system development and land price differences between metropolises and Periphery area. Cities in Periphery area grew rapidly during 1966 to 1986 as families moved there in anticipation of jobs. The non-appearance of jobs resulted in poor social services, gridlocked freeways and long travel distances to metropolises for job. The aim of this paper was to investigate how population settlement pattern in urban system of Tehran province USTP have been changed during 1966 to 2006. Methods adopted for this purpose were Mehta index, entropy coefficient and urban development model. Furthermore, for more analysis paper was supported by some theories such as system theory, primate city theory, basic economy theory, suburbanization theories, etc. Secondary data used in this paper were collected from governmental organizations (statistical data and map). Results show that growth of big cities in number and in population is the most considerable change which has been happened in urban system of Tehran province (USTP). What make it critical is their short distance from Tehran and Karaj. The paper argues that although distribution both in urban population and in urban points occurred during 1966 to 2006. But it is very important that where the destination of population flows. Because of their short distance, big cities exert double pressure on infrastructures of metropolises and agricultural lands in periphery area. The paper recommends seeking new structures for management in USTP because roots of change pressure extend beyond individual city. 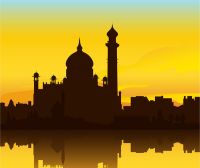