Introduction: Systemic Lupus Erythematosus (SLE) is an autoimmune disease characterized by a severe damage of skin, joint visceral and hematology systems. Its diagnosis is based on the criteria of the American College of Rheumatology (ACR). The bullous form of lupus is rare; it is less than 5% of lupus cases. We hereby report a particular clinical case of bullous lupus. Observations: The patient was a 21-year old woman with sickle cell symptoms. She was admitted for etiological research on a long fever. There were reflection upon several diagnoses including SLE. After six months follow up, she developed diffuse vesicular bullous lesions prevailing at the perineum, abdomen and upper limbs, also affecting the buccal mucosa. Bullous lupus diagnosis was conducted based on Camisa and Sharma criteria. The choice of treatment is corticosteroid therapy and Dapsone. The patient developed steroid-resistant during her monitoring. Therefore, a single 100 mg daily dose of Dapsone was given. The progression revealed the incidence of hemolysis, complicated by severe anemia requiring transfusions. The alternative was Colchicine with slow but good response. Conclusion: Bullous Lupus is a rare form of SLE. Its treatment was note easy in our case. Colchicine has been the alternative, with quite slow reaction. 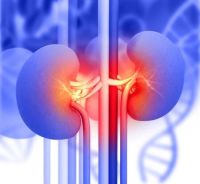