African Journal of Medicine and Surgery

Inflammatory response after laparoscopic versus open colonic resection: Review of the literature

Surgical trauma may lead to immune dysfunction as a result of the intense inflammatory response which arises in order to restore tissue function. The inflammatory response after surgical trauma is mediated by a number of substances which are produced at the site of wounded and manipulated tissues or at more distant places and they can act locally and systematically. These substances are TNF, Interleukins, Heat shock proteins, etc. Laparoscopic surgery is associated with reduced surgical trauma, much less manipulation of tissues and an environment of CO2 pneumoperitoneum comparatively with open procedures. All of these contribute to the theory that laparoscopic colonic resections are expected to be associated with less inflammatory and acute phase response than open resections. As indices of inflammation in colon surgery cytokines, such as TNF, Interleukins and CRP are the most studied ones. From the studies which are reviewed, comparing these cytokines in serum and peritoneal fluids in patients undergoing open versus laparoscopic colectomy, some showed that inflammatory response after laparoscopic colorectal resections seems to be slightly attenuated, as long as values of IL-6, IL-8 and CRP in peripheral blood are in lower levels in the first postoperative hours than open procedures. This phenomenon was not noticed in all studies and for other inflammatory and anti-inflammatory cytokines in the serum of the patients or in the peritoneal fluids. 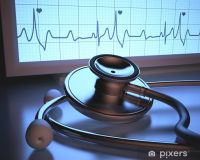 African Journal of Medicine and Surgery