It has been established that performance of livestock is affected by stocking density. Overcrowding has been found to have negative effects on growth and reproductive performance hence, this study was conducted to establish appropriate stocking density for breeding snails. A total of two hundred and twenty-five breeding African giant land snails ( Archachatina marginata) without shell damage were selected for this trial which lasted 6 months. The snails had an average live weight of 437.41 ± 11.56 g. They were randomly allotted to 5 different treatments TK, TL, TM, TN TO, with stocking rates of 5, 10, 15, 20 and 25 snails per square metre, respectively. Each treatment was replicated thrice in a completely randomized design. Feed intake, weight gain, shell length and width were measured while reproductive parameters in terms of number and weight of the eggs collected, incubation period and mean weight of the hatchlings at day old were also taken. The results showed no significant (P > 0.05) differences in mean feed intake and weight gain in TK, TL, and TM while the lowest mean feed intake and weight gain were recorded in To, stocked at 25 snails per square metre. There were no significant differences in the mean monthly shell length increment (P > 0.05). The highest mortality of 25.3% was recorded in TO stocked with 25 breeding snails per square metre. The highest mean total egg collection of 32.61 eggs was recorded in TK which was relatively the same with TL, TM and TN (P > 0.05) . The mean weight of the eggs were relatively the same (P > 0.05) in TK, TL , TM and T N . The lowest mean egg weight was recorded in To. It could be concluded that one metre square apartment could house up to 15 breeding snails without any adverse effect on growth, reproduction and state of health of the breeding snails. 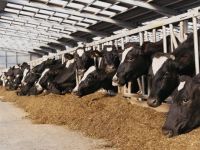