A hydroponical experiment was conducted to evaluate the possible interaction of salinity (EC 0 and 9 dSm-1) and occurrence of exogenous gibberellic acid (GA3) (100 ppm) on imbalance and partitioning of nutrients in a popular sugarcane genotype (var. CP48-103) and its somaclonal tolerant variant. The results revealed that the uptake and partitioning of N, K+, Na+ and Cl- content were affected as a result of salinity, so salt stress induced the accumulation of toxic elements, namely: Na+ and CI -, and particularly in CP48-103. The tolerant variant performed better by maintaining higher N and K+. Some important parameters, namely shoot/root dry matter ratio and chlorophyll content decreased, while soluble sugars and protein content increased due to salt stress. Irrespective of the genotypes, supplementing GA3 (100 ppm) as foliar application play important role on imparting salt tolerance in terms of enhancing nutrient uptake, as well as the morphological and physiological aspects. The result of this study showed that inhibition of the growth of sugarcane plantlets by salt stress was removed by GA3. 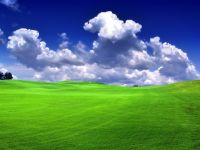